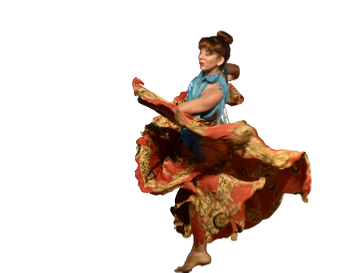 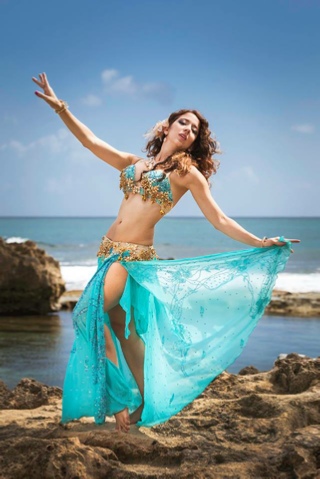 Winner of Yaa Halla, Y’all 2019 - Yellow Rose of Texas
Belly Dance Star - Tribal/Alternative/Fusion Professional Solo - Diana started studying dance when she was 5 years old. Since then she has presented her dance work in Colombia, Brasil, Mexico, New York, Florida, Texas and all over Puerto Rico. And was also a
guest artist in residence at La Espectacular (Puerto Rico) and Bronx Academy of Arts and Dance (NYC).

As a dance instructor and coach she delivers clear breakdowns on technique, combos and choreography, while motivating her students
to reach into their emotion and energy to take their dance to the next level. She loves to cultivates curiosity, creativity and an appreciation
for the cultural aspects of the dance.

As a performer, her style is described as creative, powerful, real, precise and detailed.

Her aim is to connect, to take advantage of strong technique and fundamentals while going beyond them and transporting the audience somewhere else. A place of joy, a place of beauty, a place of transcendental longing… whatever it might be, whatever the song
may recall, but a place that is real and full of life. Diana is one of those dancers whose body is petite in real life and yet comes out huge and larger than life on stage.

Diana is the founder and director of Belly Dance Para Tod@s dance school in San Juan, Puerto Rico and produces the Belly Jangueo, a space for both dancers and general public to interact with Arabic
music in a relaxed setting that promotes community dancing over
solo performance. She is also the producer of Raks Caribe, encuentro de danzas árabes and director Phoenix Al Danse dance collective, award winning troupe based in Puerto Rico. She recently moved to Houston where she dances with Shunyata Belly Dance by Silvia Salamanca, Bella Dona Dance Company and can be seen performing around town, plus teaching classes at Ballam Dance Studio.

All in all, having a multidisciplinary background and an unending
thirst for all things dance, Diana has performed in belly dance companies as well as flamenco and modern dance companies. She believes that the best innovation is rooted in tradition. So she has travelled to Egypt, Turkey, Spain and lived for a while in Beirut to
study in depth the roots of the dances she is interested in and from
that knowledge create pieces that innovate and fuse while ringing
true and authentic. “No one else can do what you do and in the way
you do it” says Diana; “Own your magic.”