….. is a world-fusion bellydancer who co-founded the professional dance company Bellyqueen and PURE, an international community of artists who create positive change through dance and music. Kaeshi has performed and taught internationally, and is an alumni member of the Bellydance Superstars, and Jillina's Bellydance Evolution. She curates the weekly Djam NYC event showcasing dancers and musicians, and teaches at the Bellyqueen School of Dance and Steps on Broadway. Her mission is to develop belly dance as a stage art and explore it's powerful, healing properties.

Kaeshi has performed and taught all over the world including the US, Canada, Europe, Mexico, Carribean, Morocco, Bali, Australia, South America and throughout Asia. In 2002, she was booked with Bellyqueen on a 6 month contract performing 5 shows a day to live Arabic music at Aladdin's Desert Passage in Las Vegas. In 2003-2004, she was part of the first professional touring belly dance company in the world, the Bellydance Superstars, and held the position of dance captain for the 2004 US & Canadian Spring Tour.

She has performed with Natacha Atlas, at Central Park's Summerstage, Lincoln Center Out of Doors, BAM, Folie's Begère in Paris, Bloomsbury Theater in London, Teatro Smeraldo in Milan and has made television appearances on Conan O'Brien as well as BBC's Blue Peter. In 2005, she made history as the first foreigner to teach belly dance in Taiwan, and in 2006, she was the first US-based dancer to teach in mainland China. From 2007-2009, she toured with 6-13 dancers as Bellyqueen Dance Theater, traversing the United States 3 times, Canada 3 times, Western and Eastern Europe and Japan.

In 2009 and 2010, she was honored to be the featured soloist in Turkish dancer Ahmet Luleci's Collage Dance Ensemble Psiphas / Rituals shows. From 2009-2014, she toured as a principal dancer and choreographer with Jillina's Bellydance Evolution show and in 2012 she danced and choreographed for Kenji William's NASA-sponsored Bella Gaia project. She was also a judge for the UltimateBellydancer.com 2012 competition.

Kaeshi considers herself an eternal student and regularly attends as many workshops and classes in many forms of dance as she possibly can, to ensure she is continually inspired, well-rooted in traditional belly dance as well as keeping abreast of the latest trends in this ever-evolving yet timeless art form. She is also trained in fitness to ensure that students thrive in a safe and supportive class environment.

Although becoming a professional belly dancer seems like an unlikely path for someone who was very shy as a child, Kaeshi has found it has given her tremendous strength by facing and overcoming fears of performing, and learning to accept herself for who she is.

On February 20th, 1996, she started her belly dance training under the guidance of Jeannie Kasis and soon after, Terezka Drnzik from Sydney, Australia. She continued on in the US, Egypt and Turkey studying with many top dancers. Her three main mentors that continually inspire her in vision include Jillina, Tamalyn Dallal and Dalia Carella.

One of her greatest joys in life is sharing her love for bellydance with others by teaching. She regularly leads Bellyqueen teacher trainings covering teaching tools, anatomy, music, history, culture, and business with Morocco, Lissa Michalak, Brad MacDonald and Carmine Guida.

Kaeshi practices meditation on a regular basis and is inspired by buddhist and taoist philosophy. She also believes in supporting worthy causes, and has been the sponsor to a child living in the Dominican Republic since 2006 through Children International to help care for children in developing countries by making monthly donations to cover medical care, education and clothing.

Kaeshi graduated with honors from a 4 year degree in Visual Communication Design from the University of Technology, Sydney, Australia and is an award winning designer and illustrator. She has illustrated over 20 books and has designed extensively for MTV, Beliefnet and countless other clients.

Does "Kaeshi Chai" Have a Specific Meaning?
The Chinese character "Kae" represents the strength and power of victory.
"Shi" means the softness and beauty of silk.
Together "Kaeshi" encompasses both Yin and Yang qualities, thus creating balance.
"Chai" is ancient Chinese for tortoise, which is one of the four divine animals of China. 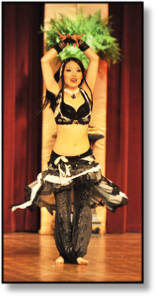 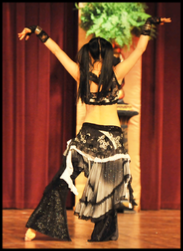