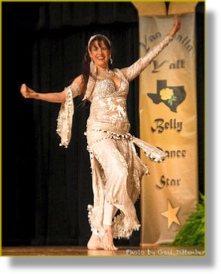 Ahava began studying Middle Eastern Dance at the Star Dancer Studio in 2001 and since then has progressed to assisting and teaching classes. She is the primary instructor for the Little Dancers in the summer (The kids love her!) and is one of the new Seeds instructors. Her focus in teaching is Middle Eastern Dance technique and musicality. She has won numerous awards, such as 1st place Duet 2006 & 2007 in the Austin Choreography Project with her duet partner, Mahsati. Her technical ability and gracefulness have earned her title of Most Graceful Dancer both by her fellow dancers.

In addition to The Wings, Ahava is a member of Badrawn, a Middle Eastern music ensemble, in which she plays oboe, accordion, drum, and finger cymbals. She is passionate about the connection between musician and dancer, and loves to create opportunities for this creative collaboration. Recently, she has been working with Carmine Guida, a world renowned Middle Eastern musician, to compile resources in Middle Eastern music for musicians.

You can see Ahava performing at Scarborough Faire Renaissance Festival, community arts & dance festivals, and local restaurants, such as Byblos Lebanese Restaurant in Fort Worth or Al Wadi Café in Bedford. She is also available for private parties and functions; you can be sure she will add an original musical twist to any performance! 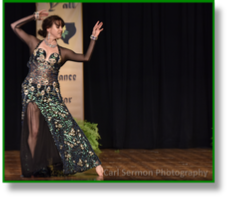 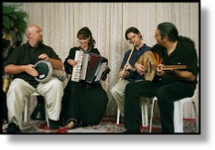