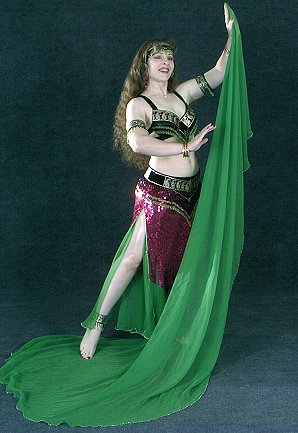 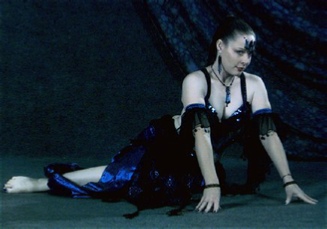 Professional Star Dancer Rachael began her dance experience in the S.C.A. as an ethnic-style Middle Eastern dancer, but soon expanded into the cabaret scene and came to be a part of the Star Dancer troupe in 1995. Rachael was named Most Improved Dancer in 1996 and Most Improved Entertainer in 1999.

She now dances at parties and various restaurants, as well as Scarborough Faire, and other fairs, festivals, and special events. With few exceptions, Rachael has designed and hand-constructed all of the costumes that she wears while performing.