"The pure essence of Oriental Dance”

Having brought audiences to their feet and to tears, Virginia has captivated a worldwide public with breathtaking performances, a dynamic presence, and a soulful interpretation of Oriental Dance. She has crossed all borders leaving her indigenous mark on a diverse audience with performances that ignite the human spirit and illuminate the soul.

Considered to be an influential performer, a gifted choreographer, and one of the most generous master instructors of this ancient art form, Virginia has been presented in the most prominent theaters and festivals across 5 continents in over 60 countries, including Egypt, for the past 20 years. Virginia has been invited and sponsored by discerning artists worldwide including master Egyptian artists: Mahmoud Reda, Yousry Sharif, Raquia Hassan, Wael Mansour, Khaled Mahmoud, Mercedes Nieto, Amir Thaleb, and many more.

Mahmoud Reda, the founder of the National Folkloric Troupe of Egypt, invited and presented Virginia, her performing company, and her first theatrical production, Amal Hayati, to be performed alongside his work at The Insitut Du Monde Arabe in Paris, France. Since then her theatrical productions have also toured in North & South America as well as recently in Asia to sold out audiences and critical acclaim.

Having influenced, inspired, and challenged students worldwide she has created 7 teaching DVD’s, has produced 4 CD’s of Bellydance music, has presented 4 Theatrical productions worldwide as well as produced one of the world’s most prominent International Bellydance Festivals and Competitions for 20 years, RAKSTAR. She has been featured globally in theaters, television productions, magazines, newspapers and films including, MTV, People magazine, and Good Morning America. She is the founder of C.O.M.E. Dance & Rakstar, which now includes Rakstar Bellydance Studio online. Here, Virginia shares online classes featuring the most comprehensive curriculum available anywhere in the world today! She is also the director/ choreographer for her award winning professional performing company, Virginia’s Wa Nour Al Ayun and has taught and choreographed for the Masters in Fine Arts Program at Florida State University and has performed for the FSU Dance Sarasota Program.

Admired by many as the premiere protégé of Mr. Yousry Sharif, Virginia is proud and honored to be under his tutelage and a part of his lineage for so many years. 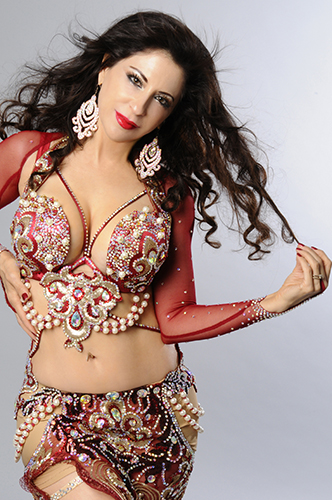